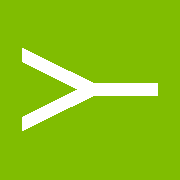 Amalia Valdés Mujica (1981) is a Chilean visual artist with a degree in Fine Arts from Finis Terrae University, Chile (2006). Valdés’ artistic investigation begins with the use of geometry and its infinite possibilities when it comes to tackling the space in which it is located.She is interested in concepts such as figure and background or reality and fiction, inserted within a global context dominated by exactitudes. Valdés has recreated ancestral figures of pre-Columbian cultures, several of which are based on the earth’s vital balance: figures that speak out with a sensitive perception of this forgotten ancient worldview.

Some of her individual exhibitions are: Südstern/EstrellaSur at Galerie Seippel (Cologne, 2017); Métrica at Sala Gasco Arte Contemporáneo (Santiago, 2016); 15x15 at Taller Bloc (Santiago, 2015); and Encaje at Artespacio Gallery (Santiago, 2013). She has participated in several group exhibitions held at important cultural centers and museums throughout Chile, such as the Museum of Contemporary Art (MAC) in Santiago and Valdivia and the Museum for Visual Arts (MAVI) in Santiago. Over the past few months, her work has been shown in several group exhibitions in Berlin, such as Raue Strömung at Galerie Eigenheim and One on One-Nachspiel at the Korean Cultural Centre.

She has also participated in several art fairs, including ArteBA, SCOPE NY, Art Toronto, ZonaMACO, Cha.CO, and the First Ceramic Biennial of Latvia (2016).  She has received special recognitions for her work, such as a grant for a one-year residence at Taller Bloc (2014), as well as first place in the TransparentARTE Contest, held by the public collection that is supported by the Chilean Transparency Council and FAVA Chile, in 2015.

She currently lives and works in Berlin, where she continues to develop her visual research after a six-month residence at the Institüt Für Alles Mögliche, a project supported by Fondart, Chile’s Development Fund for Arts and Culture (2017).

© Amalia Valdés,  made in Germany